In its 14 years of operation, the varsity football team has never won a playoff game. For campus Athletic Director Jimmy Hamon, this season could be the one that makes Spartan history.

Last year was a step in the right direction, as the team made it to playoffs for the first time in three years. However, a struggle to adjust to changes in the coaching staff plagued the team during the course of last season.

“That was my first year here,” Hamon said. “They were doing things differently than before. Guys respond in different ways to different coaching styles and different motivations. This year I feel like there’s a lot more consistency, and the players know what to expect each and every day.”

Previously, Hamon was a defensive coordinator at Ridge Point High School in Missouri, Texas as well as a math teacher, with last year being the first he’s spent completely outside of a math classroom.

“I think a lot of the coaching staff makes comments about [my coaching style] all the time because I’m very linear,” Hamon said. “When we stick to a schedule, you can’t [always] predict what’s going to happen, but you can at least have an idea based on what you’ve practiced. I think being mathematically-minded has really molded me as a leader.”

According to Hamon, the team’s main goal this season is to win a playoff game, but they also have their sights set on beating Cinco Ranch and Tompkins High School. With the players adjusting to his new coaching style, he believes the consistency this year sets it apart from last season.

“Everybody’s going to measure our football program by wins, and I think that’s sometimes hard to do because there’s so much more to the game than what you have on the scoreboard,” Hamon said. “But it would be nice to have more wins than we did last year. We set the bar at a certain spot; now we’re trying to raise it. Last year, we [beat] Cinco Ranch for the first time in school history. This year I’d like to make school history winning our first playoff game.”

Motivated by their ambitious goals this season, the team is working on resolving internal problems, according to senior and linebacker Parker Jones.

Despite the team’s struggle to attune to the new coaches last year, Jones ultimately supports Hamon’s coaching style and focus on the players.

“There’s a different level of seriousness that our new coaches take to the game,” Jones said. “They care a lot more about not making it all about football and [more about] preparing us to not [only] be better athletes, but better kids, better students, and all that. I think [that] was a part we were missing with the old coaching staff because they just wanted to focus on football and a lot of issues used to arise from that.”

The team’s defensive front has remained consistent throughout this season, with several key players returning for the year. However, the team’s offense has changed to accommodate the departure of graduating players.

“Everybody’s ready to sacrifice whatever they need to sacrifice,” Jones said. “We lost a couple of seniors, but defense stayed pretty strong. Our whole energy, and our love for the game and for the new coaches, has remained the same from the beginning of last year all the way through where we are right now. I’m pretty positive it’s going to stay the same long after we’re gone.” 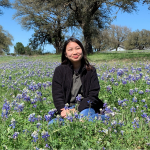